Zipping down Ga. Highway 16 towards Sparta, on a summer day so hot that heat waves are rising off the pavement in a rolling mirage, I am on the lookout for a telephone pole painted white which is the visible entrance marker to Old Hudson Plantation.  Sitting in the Middle Georgia piney woods the site has been in the family of Neal Bush since 1779, passed down through his mother. Neal is the fifth generation to return home to his roots and take up residence on these grounds. Amongst the quiet, historic surroundings, there is a modern Shooting club offering Skeet, Trap, 5-stand, and a 12-station Sporting Clays course. In addition, they have a game bird hatchery producing Quail and pheasant chicks, available for guided and unguided hunts between October and March.

Unusual to most hunting preserves is Old Hudson’s hatchery. “We began raising our own birds in 2002 in order to have a dependable supply to train our bird dogs,” says Neal. “It wasn’t long before this turned into a commercial venture. We hatch and sell Quail but also pheasant chicks.

Neal and his wife Nancy “came home” when their boys were teenagers interested in Shooting. This family activity grew into spending time each weekend so the boys could practice their Shooting skills to compete in the Amateur Trap Association. It is of interest that Old Hudson Plantation is now host to the Lake Oconee Shooting Team (LOST) with Coach Sammy McFaddin. Known around the area as the tireless vet with the heart of gold, Sammy has been coaching the team for 18 years. When they lost their practice field recently, Neal added an additional Skeet field and Trap field to accommodate them. “Sammy is amazing,” says Neal. “He coaches that team, without a current child of his own competing. (Sammy’s children got the ball rolling but now they are grown and he keeps coaching). He is there for those boys and girls, offering encouragement and helping them become sportsmen. When Sammy asked me if the team could practice here, I knew I had to help. I just want to say, we are happy to support the team.”

From October to March, Old Hudson offers guided hunts for Quail or pheasant by reservation. Guests go out three to a guide to roam the fields and woods with bird dogs in search of game. In addition to guided hunts, guests enjoy special events in the covered pavilion as well as corporate team building events and fundraisers. With competitive games such as Flush and Flurry, Annie Oakley and Wipe Out, even non-seasoned shooters get in on the fun and enjoy active participation, whether they have shot before or not.

Nancy and Neal host a Thursday night “Shoot and Eat” where members, friends and guests gather for an evening of relaxation and fun. Everyone has the opportunity to shoot as much or as little as they like, followed by a meal where swapping stories and dispensing news is the best part of the evening. According to Hudson Plantation member Roy Embry, this is a genuine hidden treasure. “There is no better place to get away from things and no better people than Neal and Nancy,” says Roy. “They open their home to everyone and welcome you in as if you were family. You never know what you will find when you drop in from wagon rides through the farm pulled by a 1950′s era tractor, to a Shooting competition.”

Old Hudson Plantation is thriving, through the efforts of Nancy and Neal and by the patronage of people who enjoy being outdoors. Open year ’round, this is the perfect place to try something “outside the box.” At Old Hudson Plantation, you can pass time with others who have a passion for the sporting life. 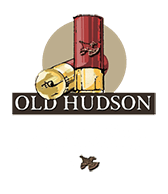 Old Hudson Plantation is a shooting and event venue that hosts various functions such as Corporate Team Building, Bachelor Parties, Quail Hunts, Clay Shooting and much more. Rent out our Pavilion for your private function at Old Hudson near Lake Oconee.